As the debate about health care continues, I find myself thinking about other countries with national health plans and worrying that we’re going to become like them. On the one hand maybe we can be as sleek and efficient as the Swedes. On the other hand I fear suffering from blackened teeth and a pasty complexion like the Brits. Or worse, just sinking into obscurity like the Canadians. Maybe my worries are groundless. Oh, and for the record, my wife is a Brit. And she’s never even had a cavity. What an oddball.

As I write this, a huge national health bill is being debated in Congress. The President is trying to push through his plan. Other, competing proposals are on the table. And although many of the details are still up in the air, one thing’s for sure: the new plan, whatever it will entail, will need to be funded. And unlike the Brits, that money won’t come from the savings from never seeing a dentist. In this country, the funding is likely going to come from a “pay or play” option. And that option will be forced on businesses, both big and small.

There are four leading proposals being discussed. One, proposed by the President, would enact an 8% payroll tax for employers that are not providing or paying enough health insurance for their employees. Another, proposed by Senator Kennedy, would levy a $750 per employee annual charge for those same employers. The third sits in the Senate Finance Committee-this doesn’t include any pay or play provision. That won’t happen. The fourth involves an invasion and takeover of Canada, but that one’s losing ground because no one wants to go to Canada.

Small business owners hate the idea of more taxes, almost as much as we hate being called small business owners. We’re being told that this new tax will help pay for health coverage for all and that in the end it will benefit us as a country.

Will national health care benefit us as a country? I’m not really sure. But one thing I know for sure: British food is terrible. And a national health insurance system would be a good thing for small business owners. Not a bad thing. Now before my fellow conservatives handcuff me to a TV and force me to watch 20 hours of The Franken & Davis Show, let me explain.

For one, as a business owner, a national insurance plan would be cheaper for me. Way cheaper. Yes, those critics are probably right-socialized medicine will probably lead to higher individual taxes, longer wait times for treatment, lower-quality health care, and a strong urge to have tea and biscuits at 4 o’clock. But take a look at these numbers from a client of mine-a 50-person manufacturer in Pennsylvania. In 2008 it paid $375,000 net health insurance on a payroll totaling $2.086 million. (This included the owners.) And this is for a pretty basic Blue Cross plan. That works out to 18% of its payroll cost. If we go with the President’s 8% plan, the company would save about $208,000. If we opt for Kennedy’s proposal, it would save $337,500 per year! 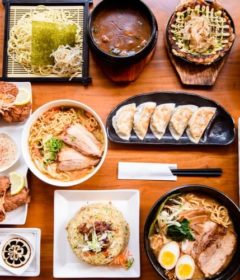 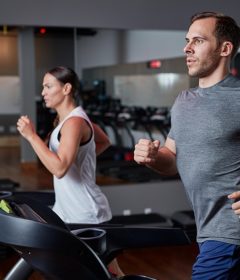 Things to look for when choosing a treadmill