According to the National Automobile Dealers Association, there are over 17,000 new car dealers in the U.S. and Canada. There is no data available on this next point, but dealers I’ve worked for currently average some 1,700 calls per year to the service department related to electronics issues. If the average holds across the industry, it means that new car dealer service departments handle nearly 30 million calls a year related to electronics issues. Thirty million!

This phenomenon is the result of an ever-increasing density of advanced systems in vehicles. Navigation systems, traction and stability control, Bluetooth systems and message screens. Next up, WiFi and smart phone-like applications! Seriously, who’s going to do the driving? Computer crashes are soon to take on a whole new meaning.

Ford was recently taken to task because its systems were too complicated, and while the company has worked to simplify MyFord Touch, it has also announced a greater emphasis on driver education. Following the spate of bad news regarding fires in the Volt following accidents, Chevrolet noted, among other things, that the company needs to “educate the public” to disconnect battery. And VW has also increased its driver education programs to make its vehicles more accessible.

The auto industry has been beating its collective head against the wall for decades over the issue of driver education. “If only drivers would learn…” All the while it is building the equivalent of the VCR with a clock only a select few know how to set. The difference is that a VCR will only leave you stranded in the middle of a movie or TV show if it fails – not in the middle of nowhere.

If the definition of insanity is doing the same thing over and over again and expecting a different result, then the auto industry is wearing a collective straight jacket. The gap between the auto industry and the knowledge they wish drivers possessed continues to widen. It has 30 million reasons to find approaches other than “driver education” to user issues.

Instead, it is headed in the opposite direction, building in additional functions, view screens and app capabilities to the already overburdened driver.

The National Transportation Safety Board made headlines recently when it recommended banning the use of cell phones while driving due to the distraction it offered the driver. While I happen to think they are barking up the wrong tree in regards to cell phone calls and conversational distraction in general, driver distraction is an issue that has only begun to surface as a safety concern. And vehicle manufacturers will find themselves front and center when it does.

Automotive News recently quoted Gary Evert, a Division Director at Acura R&D as saying, “Technology is only as good as the driver. The vehicle almost always has more capability than the driver can handle. Anything outside the customer’s understanding is waste.” He may be looking to avoid technological “waste”, but Mr. Evert at least has a more realistic view of the driver. The industry as a whole however is unlikely to slow its headlong pursuit of the latest toys. 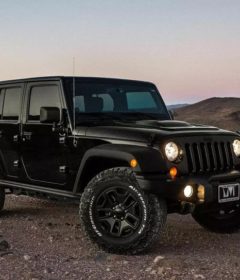 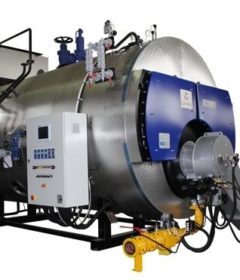 Things To Consider Before Choosing The Right Spare Parts Providers